What I'm listening to

Gramaphone magazine’s rapturous review of this CD introduced me to the superb Swedish soprano Ann Hallenberg. A specialist in Baroque music, she and her musicologist husband have for some years put together programs highlighting various epigones from the 17th and 18th centuries. This album focuses on the eight-week carnival period in Venice between December 26, 1728, and February 27, 1729, with selections from all seven operas performed during that season, including works by such well known names as Albinoni and Porpora.

I am not a major bel canto fan, but when performed as exquisitely as this both technically and expressively, all those runs and roulades can be captivating. Gramaphone’s review rightly laud’s “Hallenberg’s pinpoint virtuosity and lyricism, communicative use of language, idiomatic embellishment, intelligently sculpted phrasing (limpid, gentle or turbulent as the music demands) and astute theatrical characterisation: time seems to stand still in Adelaide’s lament ‘Quanto bello agl’occhi miei’, sung sublimely over a sophisticated rolling string accompaniment, and the voice’s dialogue with violinist-director Stefano Montanari is shaded elegantly in Ottone’s lyrical alla francese aria ‘Vedrò più liete e belle’.”

This superb recording by the original cast captures the entire show.

Warning: this recording is Not Safe For Work nor for culturally sensitive types. Many expletives and trigger words are used.

I haven’t kept up with Jill Scott since her eponymous debut Who Is Jill Scott, so was it ever a treat to happen on this 2014 album as the grim covid-19 situation was cresting here in New York. The Light of the Sun is a particularly favorite jam right now. If you need both a diversion and fortitude, grab this. Scott’s skill at smooth, sweet groove backing trenchant lyrics has only improved as she strolls and swaggers joyously in the no man’s land between soul, funk, jazz, and swinging hip-hop beats.

Thom Jurek of Allmusic rightly describes this as “a record of the rocky road to empowerment… Scott expresses spoken and sung gratitude for and about her new baby, career, life, and support system. Poetry and song are woven with elegance in a nocturnal groove… On The Light of the Sun, Scott sounds more in control than ever; her spoken and sung phrasing (now a trademark), songwriting, and production instincts are all solid. This is 21st century Philly soul at its best.”

While every track on this album is a bop, I keep repeating the addictive pre-release single “So in Love”: a modern Philly soul fan’s dream, with its lithe, fingerpopping bassline, shimmering drums, and seeming bliss arising between Scott and Anthony Hamilton, who turn in a grand duet performance.

Everyone has their favorite solace music or composer. For many “classical music” partisans, it’s Bach. For some, like Alex Ross of The New Yorker, it’s Brahms. I’m firmly in the Mozart camp. In these days of unimaginably, almost medievally grim conditions in which New York City finds itself, compounded by unrelentingly inclement weather, I’ve been turning increasingly to the luminously inventive Salzburg Wunderkind for mental centering. From his extensive catalogue, this album of the violin concertos serendipitously popped up on my list and has been providing me great light in these dark times.

There are heaps of existing recordings of the concertos, but Isabelle Faust’s entry from 2017, which won major awards from both Gramophone Magazine and the BBC, is a lovely traversal of these beloved works, combining sunny, lilting charm with poignancy and depth. A wonderful reminder in this grim era that artists, both performers and creators, provide so much light, hope and reassurance of human potential. 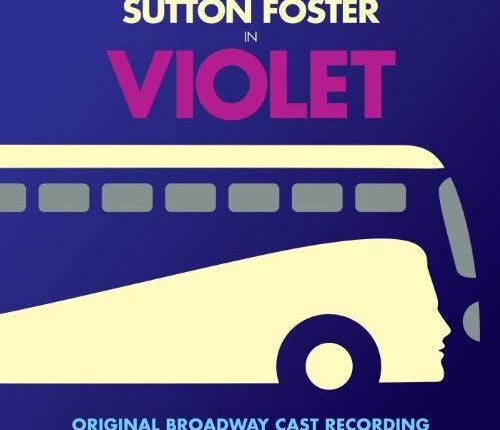 The recent marvelous news of Jeanine Tesori’s commission by The Metropolitan Opera led me to reacquaint myself with this superb recording of the 2013 revival of her first full show, Violet from 1997. As I didn’t see the original production, and was blown away by the revival production – particularly Sutton Foster giving a gripping performance, and the incomparable voice of Joshua Henry Dixon… God this show is good: honest, un-sugar-coated, straight forward, unflinching, and for all of that all the more heart touching and arresting, with an inventive and evocative score that easily heralds the Tony-award recognition of Fun Home. Performances across the board bring the show to incredible audio life.

I’ve recently had the pleasure of getting to know the joyous and talented pianist Adam Marks, who has introduced me to the works of Grażyna Bacewicz, an artist who I confess I’d never heard of before. Based on this excellent recording of her piano music, I’m looking forward to exploring all of her material. These lively, compelling, colorful, contrasting, thoroughly engaging works are brought to scintillating life by Anita Krochmalska.

There continues to be almost exclusive focus in the new music world – I dare use the term “prejudice” – on composers establishing themselves either while in school or immediately afterwards. So it’s a pleasure to encounter a composer like myself aiming to make their name later in life and receiving well deserved recognition. New York City-based violist Jessica Meyer turned her attention to composing just within the last eight years and for others in just the last six, but her debut showcase album Ring Out displays a remarkable talent fully experienced, not surprising given Meyer’s own long-standing involvement in New York’s new music community. These six chamber pieces carry a seasoned weight and diversity of structure superbly carried out by the performers (special kudos to the always visceral Andrew Yee, particularly in the remarkable Released for solo cello).

Meyer deftly mingles explosive energy, deep introspection, radiantly scintillating textures, and of course superbly idiomatic string writing given her career as a working violist. Each piece is captivating in its own unique way. The title track, written for Roomful of Teeth, gives this renownedly unique vocal octet a marvelously imaginative aural translation of tintinabulation.